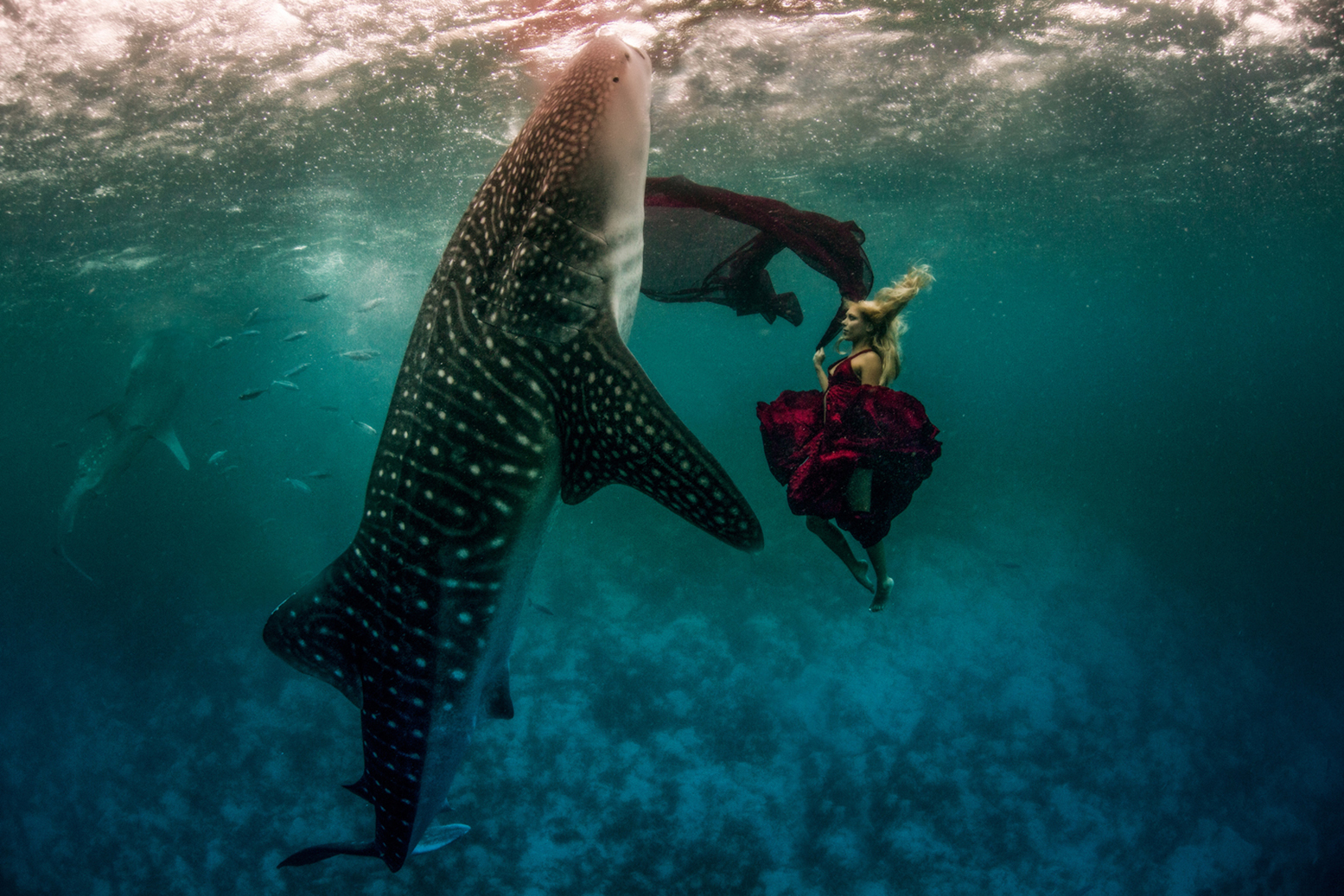 Posted at 19:03h in Interview by admin 0 Comments
0 Likes

A talented photographer, the symbolic power and the magic of Kristian Schmidt’s achievements combines photographic art with the animal kingdom in perfect harmony.

Born in New York in 1977, Kristian Schmidt is a man of many talents who has lived a rich and multicultural childhood. Moving to Tokyo at a very young age, he first used his creativity behind the camera for Fuji Television. Upon his return to his hometown in 2003, he set up a film production company called Kamisol Productions with his friends. Throughout his career, he brilliantly assumed the responsibilities of a producer and director of photography.

Traveling the world and revealing, among other things, wildlife behind his objective, he sets out on explorative fashion shoots in which the world of beauty models blend in perfectly with that of wild animals. Kristian Schmidt explains his approach with modesty: “Looking at a photo of a wild animal is something easily transmissible because so few of us have had the chance to travel the country and see with their own eyes. But as soon as you add a person to the final rendering, you take immediate account on the size, feel and what it would mean to be truly face to face with these amazing creatures.” The intensity of the relationship between humans and animals reveals a genuine force that attributes to this amazing artist a technique of which only he holds the secret to. Let us now dive into the depths of his most dazzling achievements… 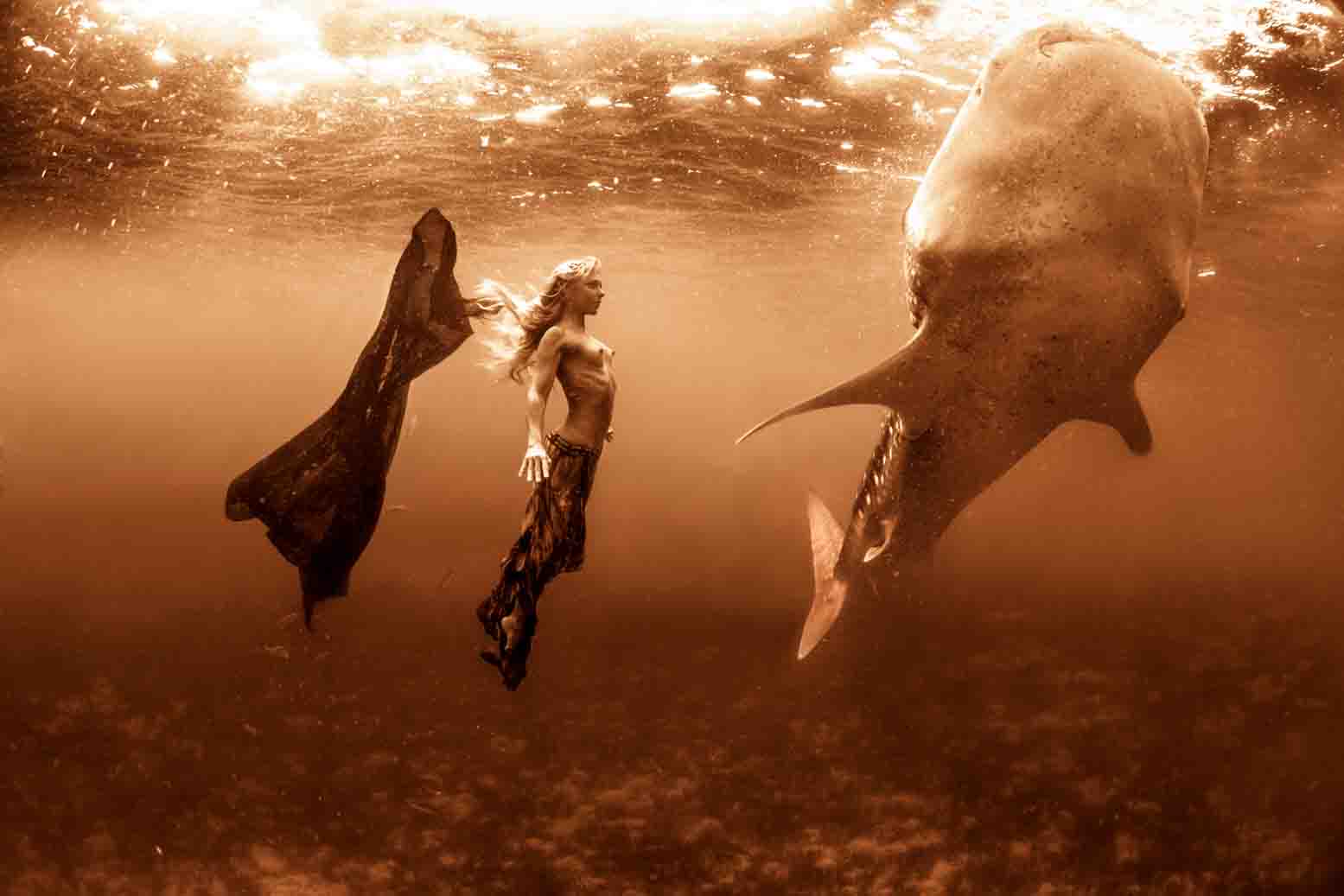 In late 2012 , Kristian Schmidt produced incredible underwater photographs of models swimming with whale sharks. The photographer explains how he came up with the idea for this exceptional and unusual project: “I was invited to a photo safari with Richard Branson, Virgin Unite and Wildaid Isla Mujeres (Mexico) where 600 whale sharks come to eat every July. It was amazing. So much so that I eventually tried to find a way to make a fashion shoot with whale sharks. ” His meeting with Shawn Heinrichs, a photographer and diver of genius calibre, led him to this opportunity. Heinrichs told him of a place in the Philippines where the whale sharks are hand-fed by local fishermen. The perfect place was found, and a briliant project idea became one step closer to being realized. Schmidt then had scope out models that were able to achieve the performance they desired. It was up to Kristian Schmidt to highlight the quality of their work: “Hannah Fraser stood out as the obvious: this is the the person most comfortable in the water that I know of. (…) Then there was also Roberta Mancino, who brought fame to the shoot through her name and was simply outstanding.”

The New York photagrapher was then thrown into the water and alongside these huge selachians: “This is the most surreal experience there is. It’s like being in space.” The approach of the largest fish of the oceans is made with all the sweetness and pacifism that characterizes it. The result: a true aquatic ballet which took place between the models and the sharks.

For a good cause

Beyond the artistic performance, the goal was to shed a cultural spotlight on this remarkable fish who suffers from the pangs of poaching because of the value of its fins. This therefore categorizes the whale shark as an endangered species.”Nearly 100 million sharks are trounced each year. It’s astronomical!” rightly states the photographer.

Also, he along with Shawn Heinrichs worked closely with WildAid, the NGO that fights for the protection of endangered species.

Kristian Schmidt’s commitments do not end there. In September 2013, he executed for the organization publicity photos for the fight to protect rhinos. For this project, the former NBA basketball player Yao Ming, Prince William of England, and British football star David Beckham met in the name of a common struggle. The event aimed to raise awareness about the consumption of illegal products containing rhino horn, a species that is also threatened in the wild. Having previously produced a report with Yao Ming in Kenya, the Schmidt measured the gravity of the situation: “It is certain that we will see elephants, rhinos, and sharks disappear from the face of the earth in our lifetime if nothing is done.”

By bringing together in a single image the Duke of Cambridge with Beckham, Schmidt molded the dough that was the fame and influence of such recognzied characters into his photographs which were produced in support of charity. In terms of people who were mobilized for this event, he tells us: “Their involvement does a lot of good to the cause. Things are changing.”