Joseph Karam, Art is the Way 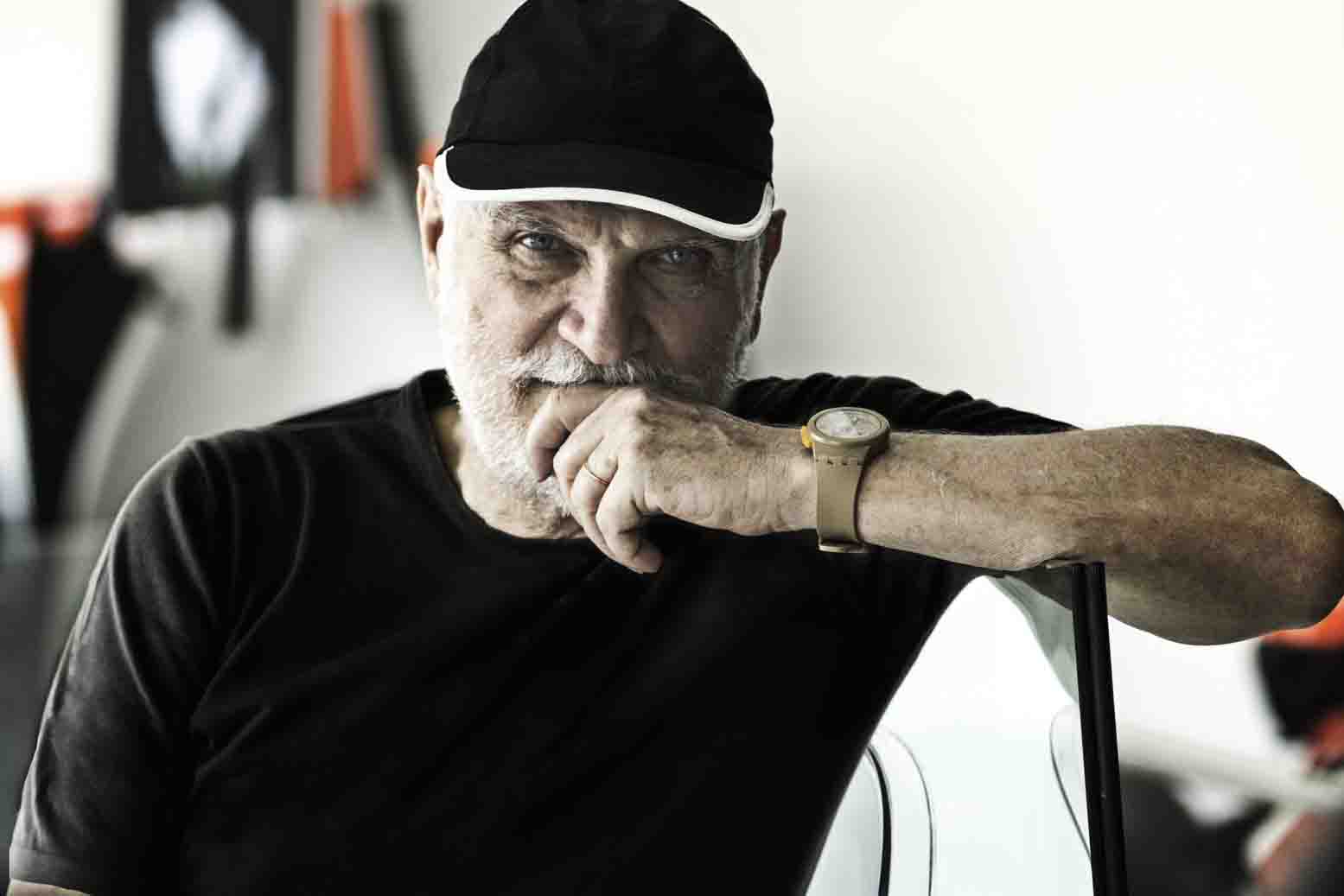 10 May Joseph Karam, Art is the Way

Posted at 19:00h in Interview by admin 0 Comments
0 Likes

Author : Thomas Lapras
Quote : Styles enclose us, and confinement, for an artist, is death

“Discretion is the mother of excellence.” This fundamental principle was endorsed by Joseph Karam. Always standing firmly under his dark hat that brings out his penetrating gaze, the architect who raised the interior design to the rank of major art likes to stay in the shadows. Those are without a doubt the cedars of his native Lebanon of which he carved, all the better that he did not seek for himself. It is this delicate thread that links the majestic villas that he built in Saint-Jean-Cap-Ferrat, the prestigious apartments that he designs from Paris to Athens, passing through Moscow, and his most personal creations. He currently resides in Monaco. He is the portrait of a humble visionary.

The man is sitting on a big leather sofa that offers a worthwhile rest to guests and visitors of the Fairmont hotel. With a newspaper in hand, he carefully observes the steady stream of people that flood the entrance of the Monaco Grand Palace hall. His voice is calm, his smile benevolent. But something electrifying emerges from his piercing eyes that began to raise the profound darkness of his blouse and his cap, such a fragile shell.

“I began to draw in Lebanon at the age of seven, or eight. I made plans and was creating furniture. My childhood dream was to build the ideal villa, – he explained after taking time to observe us – a good fairy that was looking over at his drawing desk made him believe that he had an early gift. It was then when Joseph Karam made of the art of drawing, his first passion. Like most teenagers in their moments of finding themselves, the young student felt devoid of something. It was an artist uncle, who, having quickly seen his talent, spoke to him of the School of Fine Arts in Beirut. “I sort of went there by chance. The first year was difficult, I finished below my class.” It is in his fifth year when he was the top of his class due to a visionary project: while his classmates imagined tall buildings or towering structures, Joseph Karam drew a studio that was… empty. “When we entered an apartment, we had the impression that there was nothing. Furniture, storage, and equipments were hidden in the ground or in the walls, and they only appeared when necessary, thanks to a remote control.”

The lines of destiny

The first remote control: all of Joseph Karam’s creative acuity is revealed in this project. Minimalism, which was not yet quite fashionable in 1972, gave a fairly accurate idea of what was to come. “I always imagined apartments with aches for the Academy of Fine Arts to be over the roads, which saved space in cities where it was severely lacking. When I saw Bercy, it gave me a shock,” he tells us, casting a glance at the Marusia showroom, which he also designed.

Being the first out of the Fine Arts resulted in an article of his to be published in a national Lebanese daily paper, which brought him to the attention of the largest firms of the time. After a stint in one of them, Joseph Karam opened a gallery in Beirut. And then the war swept over everything. From the first bombardments, the windows of the gallery shattered. The first life of Joseph Karam ended there. It was then exile. Iran first, before a brief returns to the country and then to Paris, where his father owned an apartment. But if fate can suddenly take all that he had so dearly given, he was not able to keep the promises he made at birth. Joseph Karam returned to his trestle table … and drew. The charm still operated relentlessly.

He moved from one apartment of an acquaintance to another. With projects in succession, his reputation spread quickly beyond the walls of the French capital. Since the threshold of the millennium, a period which began his adventure in Saint-Jean-Cap-Ferrat, he now has a dozen exceptional working sites. But do not ask him to define the Karam style. “I do not like the styles. We must adapt to the person that are in front of us and observe them as well as to understand them, so to better meet their expectations and then the styles enclose us, and confinement for an artist, is death.” It is this clear recipe and sharp vision that allowed him to open offices in all latitudes, from Nice, to Moscow, and eventually Beirut.

Returning to the Sources

Today, Joseph Karam leaves his luggage in Monaco and wants to devote more time to his first love: drawing and furniture design. “That’s what I want to do now. We set architecture by surrounding ourselves with DPLG architects, somewhat by necessity anyway. It was a means to control everything without a professional line of demarcation. But what I like to do the most is to draw. “Meanwhile, the torch has been well passed. “I passed the art virus onto to my children. My daughter is an interior architect and my son a DPLG architect,” says the proud father in his last smile. And if, beyond the glitz and glitter, this was not the true genius: who had multiple lives in which he was able to succeed… in all discretion, of course.