Andreas Franke: The Diving Bell and the Butterfly 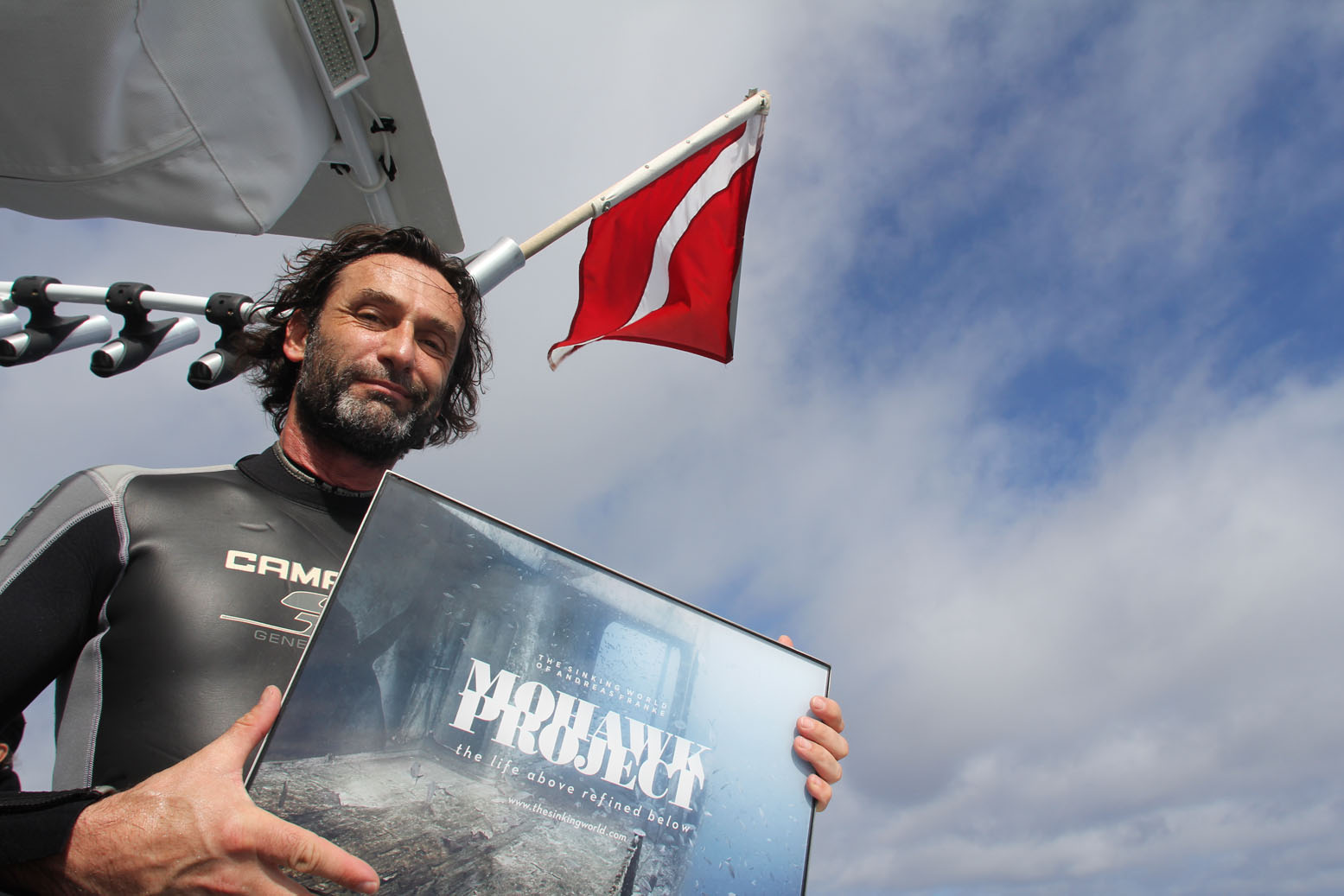 10 May Andreas Franke: The Diving Bell and the Butterfly

Posted at 09:02h in Interview by admin 0 Comments
0 Likes
How was your passion for photography born?
I was introduced to photgraphy at an early age, when I was given a Polaroid camera as
a gift. Everything started with this camera; it was very natural and clear for me how to use this tool. Initially I became an engineer, as it was a family expectation, but photography had always held a much higher appeal to me. I entered a school that specialized in photography, and within a few years of graduating I started Staudinger + Franke, my professional photography studio. When finishing school at the age of 22, back in 1989, there were not a lot of established commercial photographers. Staudinger + Franke started out as a still life photography studio, but when the silicon graphics computers came out that changed the game. We obtained digital work stations and started post-production editing long before digital photography, Apple, and Adobe Photoshop were on the radar.

Photography is still a passion of mine. As it often happens in life, coincidence played a key role in the direction and the course of events that followed. Focusing on my other passion, diving, I was inspired to create something different than my daily work. However at that point, I did not have the slightest idea that I would one day be making elaborate retouched photo montages like the ones that you see here today.

Had using a sunkenship as a platform for artistic photos always been an idea of yours or did the idea come about suddenly?

Actually, it started a while back.

So what were, in end effect, the initial impulses that prompted me to begin creating these strange worlds? What drives a person to search for wrecked, rusty ships at the bottom of the ocean? Isn’t there anything more beautiful to be seen than what lies down there?

Well, I am a passionate diver. There isn’t much more to say about that. It’s a sport that I love and try to practice as often as possible together with my wife and my two daughters. I wanted to try something new, and diving happened to be implemented into this project. The plan was to dive to a wreck, photograph it while having a good time on holiday, relax for a bit, and then go back home. At that point, I did not have the slightest idea that I would one day be making elaborately retouched photo montages like the ones that you see here today.

Something about the photos of the wreck captivated me so much that I could not stop thinking about them. I was completely fascinated by that mystical underwater world. Was it the very peculiar emptiness? The tragic stillness? I did not know exactly. But I knew one thing, that something down there in the water was missing. Something was lacking, and I knew the concept was not complete.

I started experimenting a little bit. I took pictures. One of them was of a beautiful girl.
I superimposed the picture of her onto the shipwreck in post-production. It was then that I realized the element that I had been missing! That was what I had been looking for. From now on it was clear to me that I had to animate the wreck with scenes produced in a studio in post-production. In order to create something unique, to create a world that had never existed before. My world. My own little sinking world.

Each sunken vessel has different subjects which you created in a studio, then added to the original photos of the ships. How did you choose the subjects for each individual ship? Was it based on the origin of the ship?

I went diving near the Vandenberg around Easter time. The sea was cold and rough and the diving conditions weren’t optimal, but it could not stop me from immortalizing that unique wreck with my lens. There, at an icy depth of 130 feet, I discovered the very special appeal of the Vandenberg. There was a majestic, impenetrable silence, which inspired me immensely. I took hundreds of pictures. Gradually, my concept of making photographic montages by matching staged photography with shots of submarine wrecks began taking shape. As I was diving, scenes appeared in my mind’s eye: the little girl with her butterfly net, the ballerinas, the doctor and his patient in a wheelchair. During work on the whole production, we came up with so many photo ideas that when all was said and done I had compiled a series of 12 images.

Upon discovering the wreck of the Stavronikita vessel, I began working on accumulating enough photo material to stage 12 different artworks. After having gathered my material, I found that what I had collected was so rich I was able to create a whole theme of images.

While the Vandenberg was fascinating due to its majestetic silence, to me, the wreck of the sunken SS Stavronikita, a former Greek freighter, is a stunning symbol of life’s irrepressible avidity. It is the spot I’d discovered and chosen to stage as an environment full of overflowing decadence and exuberance. I thought: Rococo. This European era, an age of decadence with all of its intoxicating extravagance, all of its vanity and disdain, would act as a direct translation fit for a description of the Stavronikita. This wreck full of lavish life demanded a match as overflowing and abundant as the Rococo age, its ideal equivalent. Don’t you think?

Well, you know the rest of the story. Stavronikita was then followed by the USS Mohawk, a 165-foot World War II warship that is now a living reef thriving with exotic marine life. For this project I researched the history of the Mohawk. Based on this research, I envisioned the life of sailors past aboard the Mohawk – their daily lives and dreams of home – and superimposed images of models in the corresponding period clothing onto the original photography.

What kind of message are you trying to send through your photos?

To me, it’s important to exploit the technical advances of photography in order to reach the borders of photographic visualization. Today, we have new options that we may not have even imagined a few years ago. This opens the way for imagination and creativity. With my photographs of sunken shipwrecks, I want to pull the spectators into unreallistically strange worlds. I create dream worlds you can get lost in or that you can identify with by creating mystified scenes of the past that play within a fictional space. This creates a new and unexpected atmosphere. This work says much of myself, since I am always on the lookout for stunning themes to create new images which have never been seen before.

I try to construct illusionistic worlds far beyond the often catchy and shock-driven advertising business. This is why my works are always based upon a strict concept, which is both photographically and technically implemented into my art. Every little detail is part of a meticulously arranged production. The moment I start a photo shoot, everything becomes clear: the concept, the realization, even the post-production. It is only the interpretation that I leave up to the spectators.

I wanted to create some imaginative visuals that audiences haven’t seen before: images the observer can relate to and which hopefully will stimulate and inspire one’s imagination and fantasy. What is seen in my images simply lies in the eyes of the beholder.

As a photographer, I am completely obsessed with very tiny details.

What are some of your future projects?

I am currently planning some new projects, but at this point it’s too soon to talk about details. Stay tuned. This is not the end of the story!

If you had to choose one word to define your work, what would it be?

This is hard for me to answer. When I work as a photographer I am very focused on details to achieve the best possible result for my national and international clients alike. I offer them high professional photographs, which are made more complex composed and refined in post-production. That is a very prominent characteristic of my work.