Art rises in the East 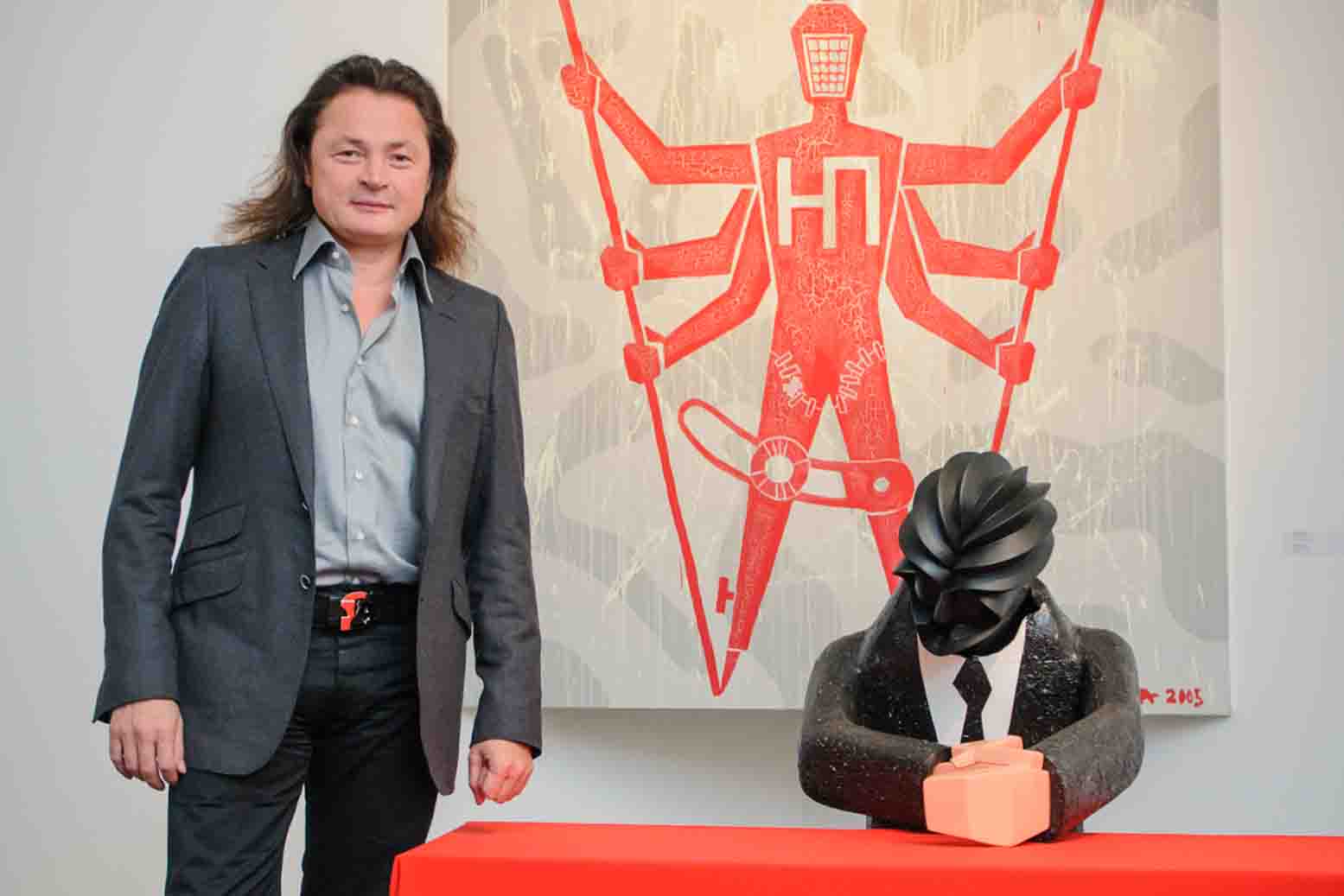 10 May Art rises in the East

Posted at 19:12h in Interview by admin 0 Comments
0 Likes

As a key player in the cultural exchange between the large Russia and the small Principality, Vladimir Semenikhin, Honorary Consul of Kazakhstan in Monaco, reveals his true passion for art holds roots in the creation of his Foundation “Ekaterina,” founded in Moscow in 2002.

What has influenced your taste in art?

It is through my profession that my passion for art was born. I am a real estate developer in Russia, and it is in this business where we often begin with architectural projects (interior and exterior). Art is deeply rooted in my mind, it is truly a passion. I even decided to make it my second job when I became a collector. Since then I began to work with my wife Ekaterina. Her vision is very important to me and we always make our decisions together.

Can you please describe your foundation to those who are not yet familiar with it? What is its role?

Our Ekaterina Foundation was established in 2002 by my wife Ekaterina and myself in order to organize exhibitions, to promote Russian art abroad, and to publicize international art in great numbers in Russia. The first major project undertaken by the Foundation was the exhibition Russian painters of the Knave of Diamonds: between Cézanne and avant-garde. This exhibition was first held in Monaco in the spring of 2004 under the High Patronage of HSH Prince Albert of Monaco, with the support of the Department of Cultural Affairs of Monaco. The exhibition then moved to the Russian State Museum in St. Petersburg and the Tretiatov Gallery (Moscow State). Since then, we had many shows in very different domains, ranging from modern art to contemporary photography. Our foundation also has a publication program in the art domain, which is quite extensive. We have published over 30 catalogs and art books. 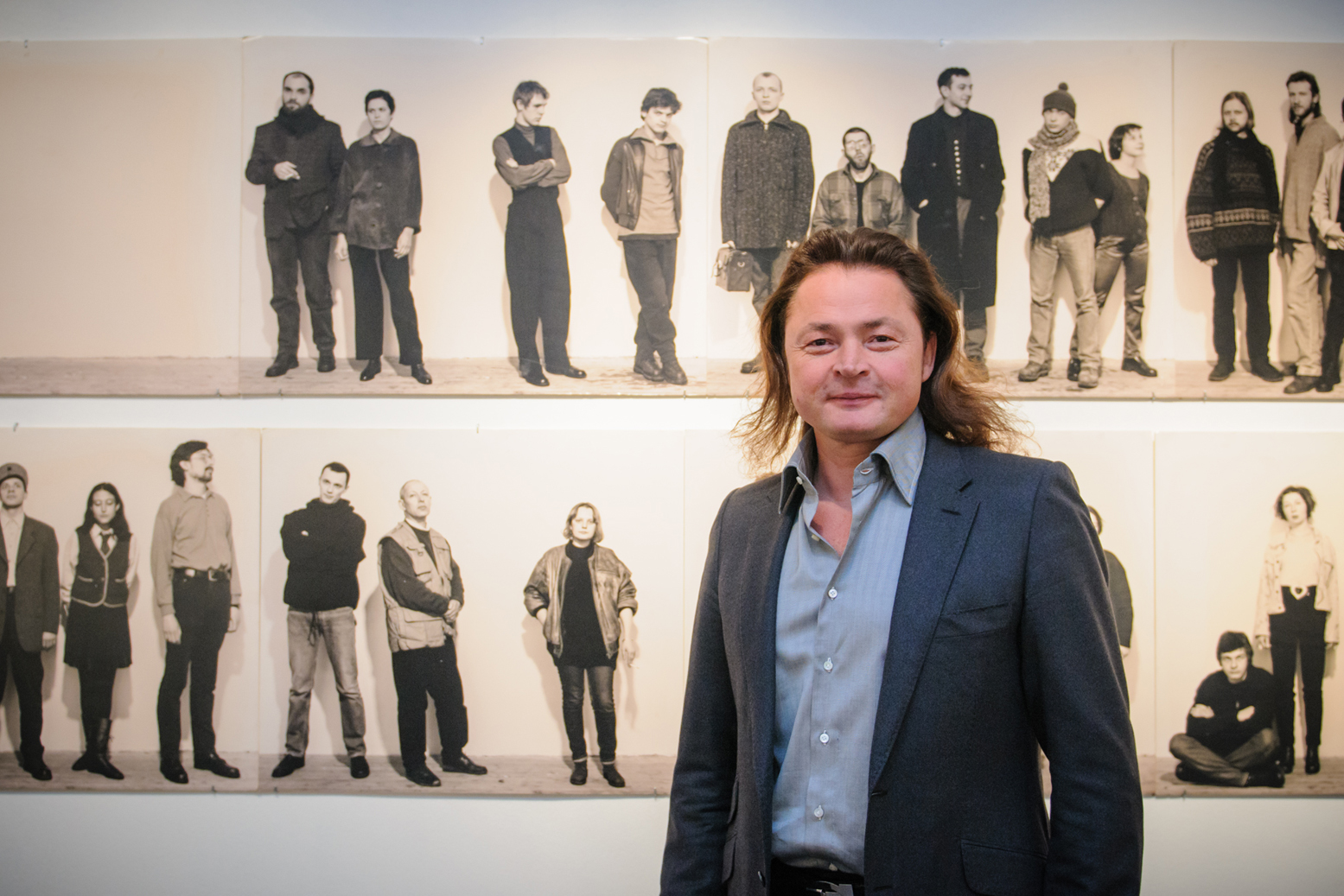 Which cultural contribution represents the Principality of Monaco for Kazakhstan and specifically for the artists that you represent?

In 2012, we imported an exhibition called Years of Grace Kelly, Princess of Monaco to Kazakhstan. This project, presented by the Grimaldi Forum in Monaco, has been very successful in Astana and Moscow, where he was featured in the halls of our foundation in 2009. The visitors showed great interest in the history of Monaco, particularly for the exceptional personality of Princess Grace. Prince Albert II visited Kazakhstan where he made his first official visit. I advocate: He, in this occasion, visited this exhibition at the Palais de la Paix and the Palais de la Concord. In December 2013, we performed at the Carré Doré Gallery of Monaco, the contemporary art exhibition in Kazakhstan’s Shanyrak – the Vault of Heaven, which featured the works of four artists well known in Kazakhstan. This allowed Monaco to have an idea about this very special and unusual art, which is heavily infused with the national customs and mannerisms of Kazakhstan.

Is the Principality of Monaco a real key point through which an artist must pass to evolve in this field?

I don’t think that a passage through Monaco is required for the background of each artist. However, because of the many cultural events that take place, Monaco became a place of excellence in the art domain. If the reputation of Monaco is second to none in cultural fields such as music or dance, such is also the case today with the visual arts.

How do you see the evolution of contemporary art now? Which artists inspire you?

Contemporary art, in my opinion, is increasingly becoming more intellectualized. We need to be more and more prepared to be able to understand and appreciate it. On the other hand, we can see a strong trend towards new technologies. We can even see the emergence of videos in many projects.
Regarding the artists who inspire me, I prefer the ones that are well thought out and aesthetically agreeable, because we cannot say that about all those who are dedicated to contemporary art. We have recently acquired new works by Marc Quinn, Tom Otterness, and Claudio Bravo. In regards of the Russians, I appreciate Erik Bulatov. The works of this artist have also been shown this summer at the Villa Paloma in Monaco.

What are the next events that are going to be organized by your Foundation?

In terms of upcoming projects, I am thinking of an exhibition consecrated to the “Young British Artists” movement that is to take place in Moscow in September 2014 in the halls of our foundation. I am also thinking about an exhibition of a contemporary Russian artist, Oleg Tselkov.